You guys. I’m wearing capris today. Like, I woke up and didn’t have to put jeans and long sleeves on because…spring!! I know I’m probably just a leetle bit too excited, but I seriously love the warmer weather and want to do a happy dance every day when it’s time to pick out what to wear.  I know I should relish in the mildly warm temps while I can, because it’s Texas and it’ll be 90+ before we know it. Not that I complain about that, but high 70s-mid-80s is mighty nice. And, I like to take advantage while it’s still kosher to use the oven to make casserole dishes like this one. 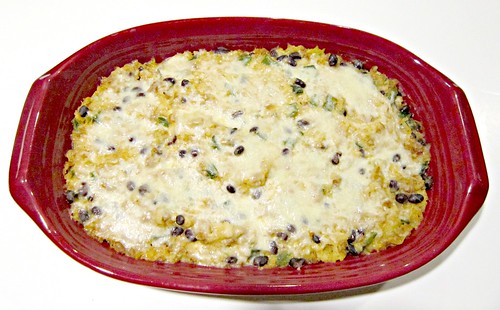 Healthy, cheesy (ok, that part isn’t as healthy) deliciousness baked up in a casserole dish. And hello…spaghetti squash. What more does there even need to be said?? I will say that the roasted poblanos really gave this dish a fantastic flavor. Everything together was delish, but the poblanos definitely shone through. 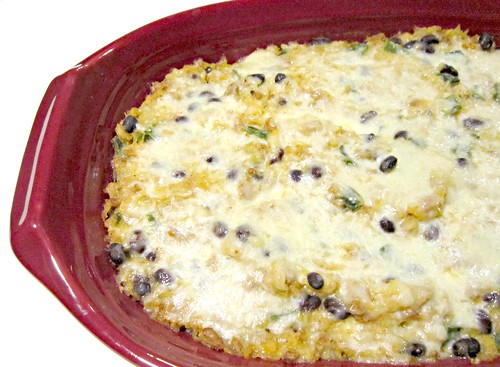 Before it gets too hot and you are swearing off using the oven, make this dish. It takes some time and several pots, pans, and bowls, but it is totally worth it. Totally.