I do believe that this week of August will mark the first official ‘It’s hot as Hell’ week in my area. I mean, it’s been pretty hot for a couple of weeks now, but by Sunday it’s supposed to get up to 105, I heard this morning. Yowza. That’s some scorching heat for sure and sounds like a good day to stay inside and clean. Well, maybe the cleaning part doesn’t sound so fun, but better than frying outside in the sun amiright?

And before you close the page from mush-overload, let’s talk about this pork! 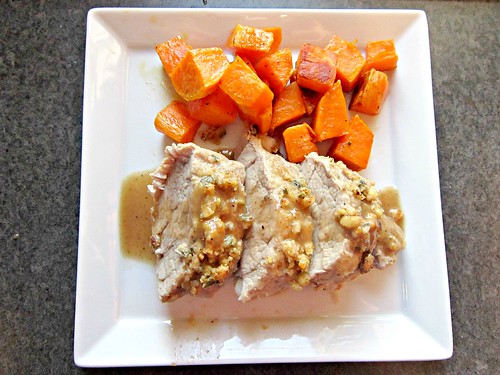 I’ve said it before, and I’ll say it again…pork tenderloin is such a versatile meat to work with, and I love it. I could eat it every week, if only I didn’t run out of ideas or recipes. I’ve actually made this once before, but for whatever reason didn’t get a picture. So…a good excuse to make it again – as if I needed an excuse. Ha!

The coating can be a little finicky, so you want to be sure to coat the tenderloins well with olive oil, so the coating has something to stick to. Otherwise, it’ll just fall right of and leave you frustrated. I speak from experience here. The walnuts, sage, thyme, and garlic are a great flavor combination, and the apple cider gravy complements the pork very well. 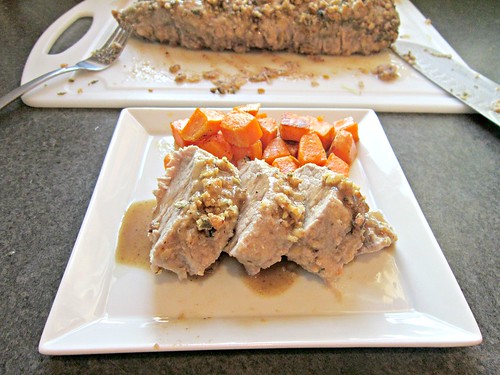 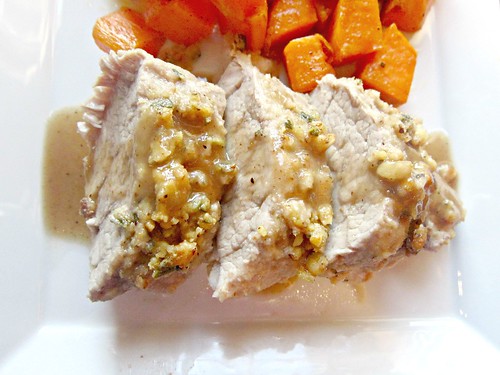