For those of you who like SB on Facebook, you may have seen my post last week about the most amazing tacos I’ve had in quite some time. Well folks, these are the tacos I was referring to! 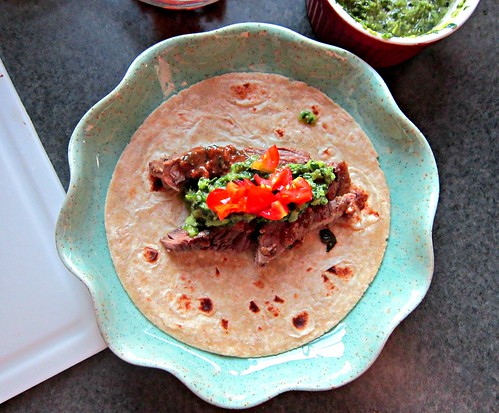 It’s not a secret that I love tacos, sammiches, burgers, etc. and I haven’t met many that I don’t like, but it isn’t often that I come across one that just knocks my socks off like this one did. I made a couple of tweaks to the recipe I used and I think it made an incredible difference. The marinade was awesome already, I just added some orange zest to it, and then while the steak was cooking, I decided to cook the marinade down into a delicious sauce for the tacos.
The meat soaked up the marinade flavors very well on it’s own, but the added marinade sauce just kicked up the flavor a leetle bit more. And of course the chimichurri was amazing.
See? 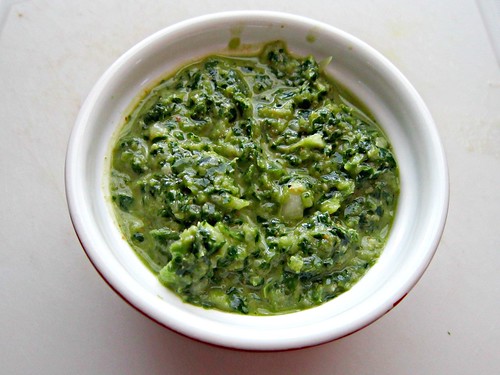 J asked what kind of steak it was or what was in the marinade or something along those lines and when I told him what I’d added he said he could definitely taste the orange zest and he thought it was a great addition. ::swoon:: I love him. Just as much as I know you’re going to love these tacos. 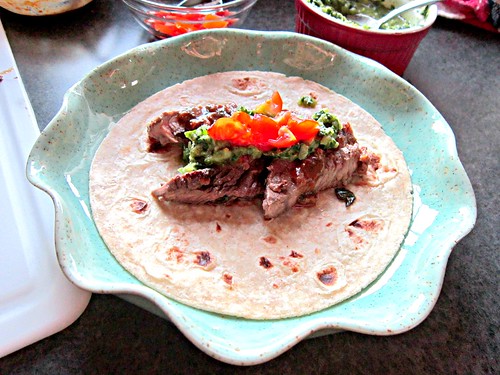