I told J that we very appropriately nicknamed our little baby-to-be, “Tater” as carby foods seem to be what she has me craving most of the time. Whether it’s tacos, burgers, pizza, chips, etc. the carbs are what taste and settle the best most days. Carbs and salads, oddly enough. So, what could be a better combination than a crispy taco with slaw on it?? Carbs and a salad-like substance all in each glorious taco bite! 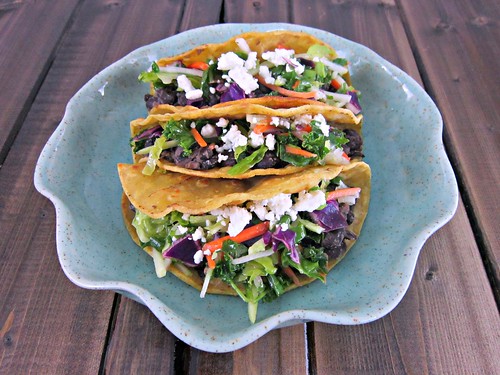 I first saw these glorious tacos on my dear friend Sarah’s blog, A Taste of Home Cooking, and I was immediately drawn to them. I probably had the recipe saved for a year or more, hesitant to make them because even though black beans are a protein, J wants/needs the protein in meat for every meal so it was going to be risky to try to pass these off as a full meal to him. Eventually though, I just had to try it. I figured if he ate enough of them, he’d get enough protein, right??
Fortunately he ate them up without complaint. And that slaw was a might tasty addition, for sure. It took me a few tries to get the tortilla flipping down, but once I did, it was easy peasy and I couldn’t wait to put the tacos together and devour them!! 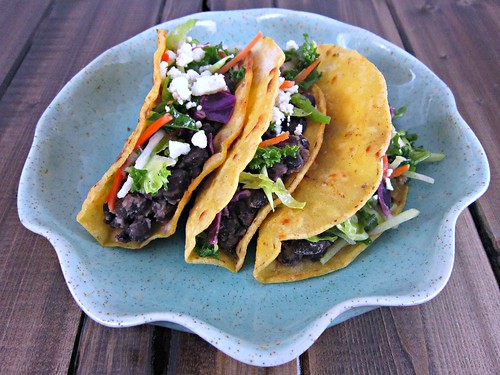