I know what you’re thinking right now. Cinnamon meatballs?? What the heck?? J said the same thing when I told him I was making them. It sounds weird, sure. But when you taste them, you will understand. 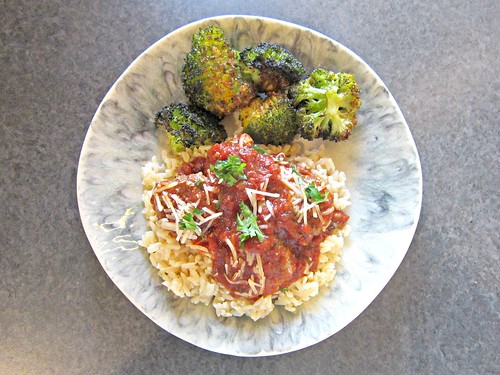 There really isn’t much cinnamon in the recipe. A mere teaspoon, in fact. But, it’s enough to give regular ol’ beef meatballs and extra kick of flavor. Of course when you add all the other ingredients – especially the Greek yogurt, which keeps them nice and moist – and a red wine marinara sauce, how could you NOT want to gobble them all up?? 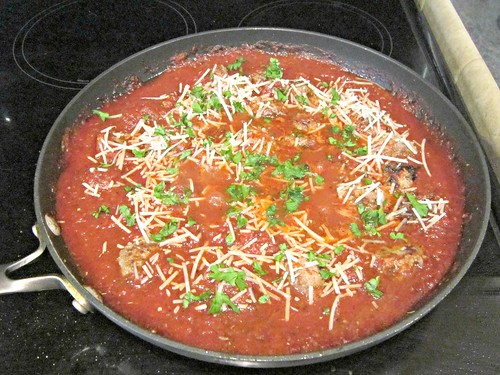 These are not your traditional meatballs with marinara sauce, but they just might become your new favorite beef meatballs. J was skeptical, because of the name, but one bite was all it took for him to love them. Of course, he loves most anything with marinara sauce, so it wasn’t a far stretch.

I, on the other hand, am not as big of a marinara fan, but I loved the sauce. And the meatballs. Seriously. Greek yogurt might sound odd, but it did amazing things for keeping these meatballs moist and holding all the cinnamon flavor. Yum, yum, yum. 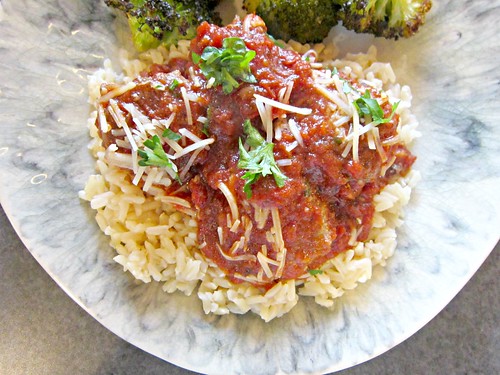 I’m a big fan of meatballs, in many varieties, but these are up there near the top of the list for me. And once you try them, they will be for you too.