I don’t eat breakfast enough. Especially not during the week. A lemon fig bar is about as fancy as I get during the work week. But on the weekends, I try to make breakfast that J and I can actually sit down and eat. Together. You know, like a family? And what brings a family together for breakfast better than chorizo?? 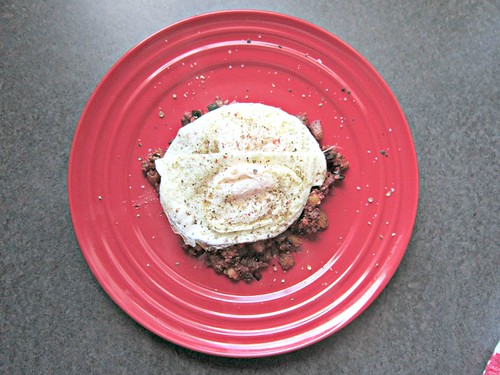 Chorizo breakfast hash with an over-easy egg. That’s what.

I don’t put breakfast on the menu all that often, because I’m never quite sure what our weekend mornings are going to look like. But this one, I knew I had to make, even if I had to wake up super early on a weekday morning to make it. Which, thankfully I didn’t have to.

I actually made this on Saturday morning before we headed out of town for J’s family reunion. I let him sleep in and I got up to make breakfast. I’m such a nice wife, aren’t I?? 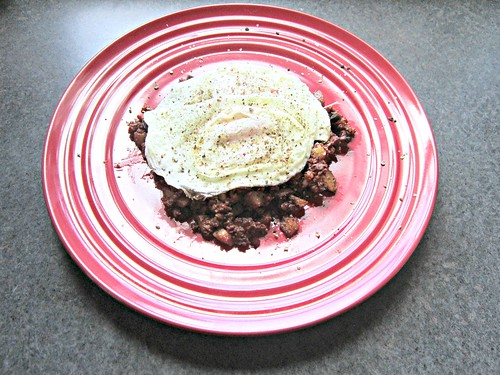 I would say that this is one of the best breakfasts we have had in a loooong time. J loves him some crustless quiche, but I think this is his favorite for right now. He actually told me this morning that he wished he had some.

Of course,  chorizo isn’t the healthiest option out there, so it’s not something we’ll have every weekend or anything, but it’s definitely a nice treat. And I remember when I was eating the hash, thinking that it had a rather creamy texture to it, which seemed odd since there is not cheese or creamy components, but it was really good!

There was just the right amount of spice to it from the jalapeno and the over-easy egg on top was yuu-um! 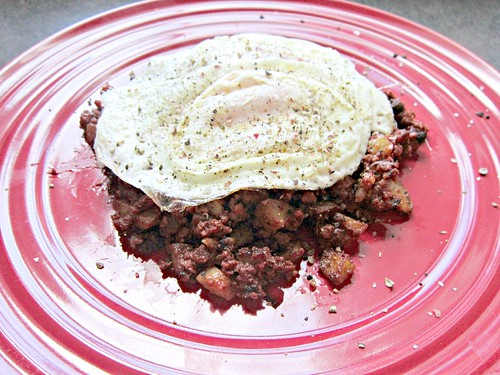