So, I have a confession. I have had these pictures sitting neglected on my Flickr page for months. Like, early summer kind of months. I remember how excited I was when I made this, because I used a lot of our garden veggies (bell peppers) in the sauce and for the sides (okra and zucchini).  But now, alas, summer is gone, the garden is also gone. In fact, J just mowed it down this weekend. It was a bit sad, and the jalapenos were actually still producing, but the rest of it has long since passed the point of producing and it was just time to say good-bye. I guess sharing this post with you now is a good way to re-live those fruitful days of our first garden, as the weather is getting colder by the day and summer will soon be a distant memory. 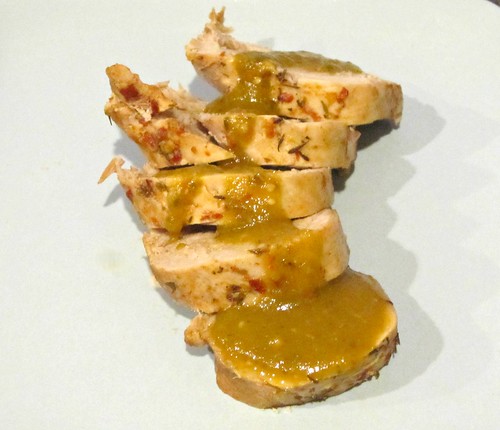 Now, usually I don’t put step-by-step pictures, but I wanted you all to see the beauty of all those veggies before they became a delicious sauce. 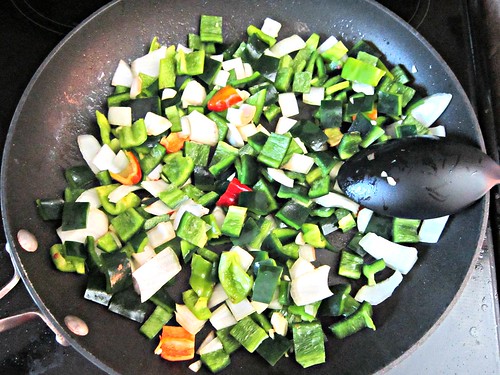 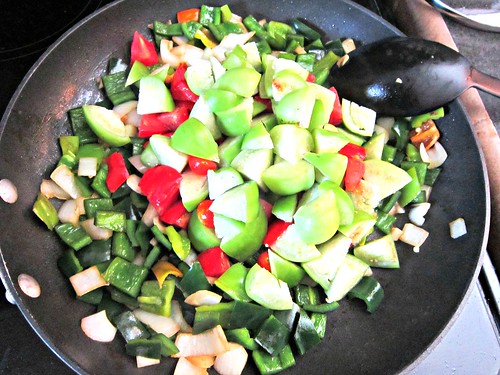 Add some tomatoes and tomatillos to the mix… 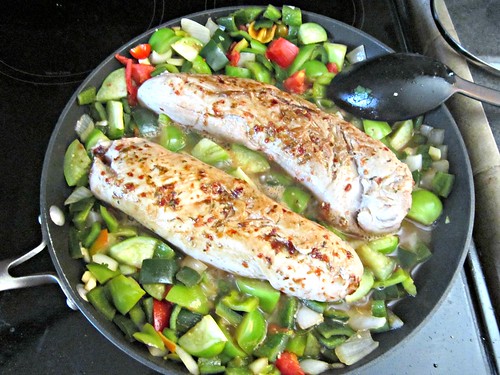 Then some lime juice and cilantro. Throw the pork back on top, cover and simmer for…awhile. 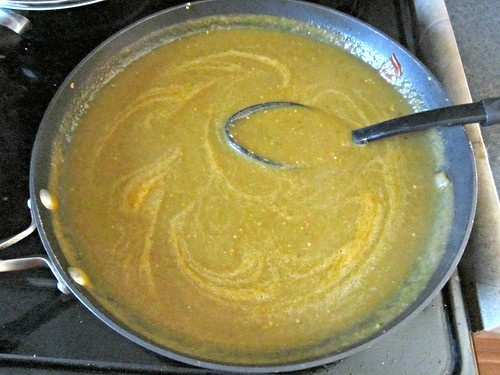 Remove the pork and puree all the veggies, pour the puree back into the skillet and simmer down and it’s ready to go!!
I’m a big fan of tomatillo sauces as it is, but this one had some extra zing to it, with all the extra veggies. There was plenty left-over, so if you wanted to you could cut the sauce ingredients in half, but I froze the remaining sauce so I could use it for another dish later on. J said it was delicious and that the sauce would go great with lots of different things. Smart man, that one 🙂
I wish I could remember what we did wind up using the sauce for…but as I said earlier…this was awhile ago. Oops.
But, regardless of my blatant faux-paux of not sharing this with you much sooner, it’s a super tasty dish that you need in your life. Promise.
Chili Pork Tenderloin with Poblano-Tomatillo-Lime Sauce
Adapted from Mary Ellen’s Cooking Creations
Ingredients