So, I’m starting to think I may have a problem. An obsession, even. With stuffing poblano peppers. 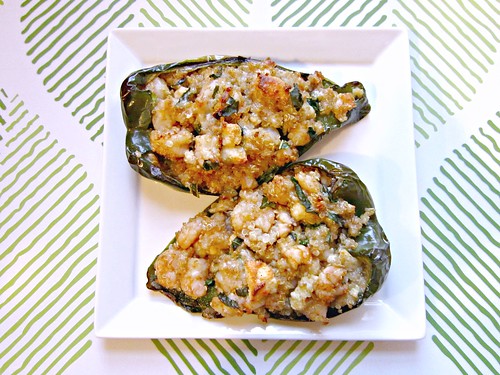 It all started with this stuffed poblano recipe, and now I just want to find as many things as possible to stuff in them and devour. I mean, I’ve made variations of stuffed bell peppers a zillion times before, and J loves them. But these…these poblano peppers…have won me over. I think I’ve said it before, but I think it’s the thinner skin of the pepper. I love them. Love, love, love, love, love them.

For this variation, I stuffed them with Cajun-seasoned shrimp, quinoa, Manchego, Queso Fresco, and basil. Basil, y’all. It’s amazing that it all made it into the peppers at all. I wanted to mix it all up in a bowl and scarf it down just like that. 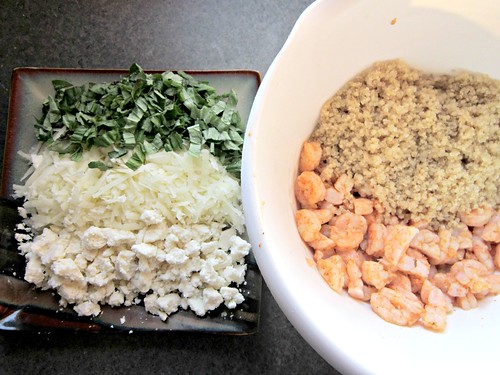 But then I remember how much better it would all be stuffed into the poblanos, and I was able to resist the urge. Thankfully it doesn’t take long to make them, so I didn’t have to wait very long for the finished product. The hardest part at that point was not burning myself trying to get them onto a plate and into my mouth, because I wasn’t patient enough to let them cool a bit. But there could be worse problems, right? 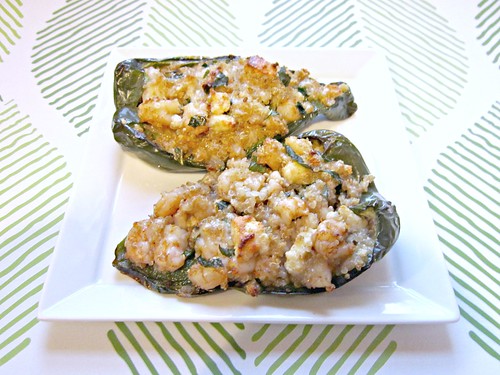 The Manchego adds a really nice depth of flavor to the dish, and the basil definitely shines through in each bite. There’s a little bit of heat from the Cajun spices, and possibly a lot-a-bit of spice from the hot sauce, depending one what kind you decide to use. Ours, of course, was a little more on the spicy side. And we both noticed that when we go to the top-end of the peppers, there even a little more heat…what’s that all about?? 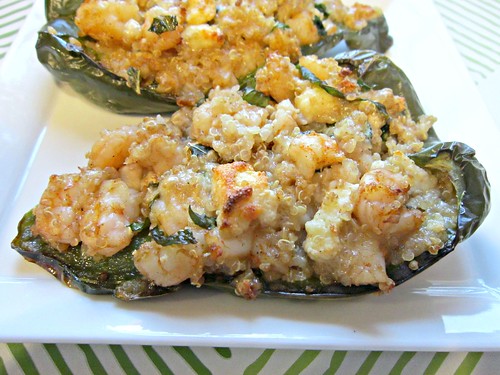